There are two visual principles to my work: space and geometry. The space aspect presents an intermediate dimension between the second and third dimensions. Planes of space are created by using surfaces with different thicknesses or by layering multiple surfaces. The application of one surface onto another creates a 3D effect. Unlike traditional three-dimensional works such as sculptures, the artwork can be viewed from the one-point perspective like a traditional painting.
The second principle is the deconstruction of subjects into simple, geometric forms. When laid out in a grid, the circles create a negative space that have a push-pull effect, yet retain the cohesiveness necessary to form an image. The closer in proximity the viewer is, the more abstract the piece. The further the distance between the viewer and the piece, the more recognizable the image becomes. 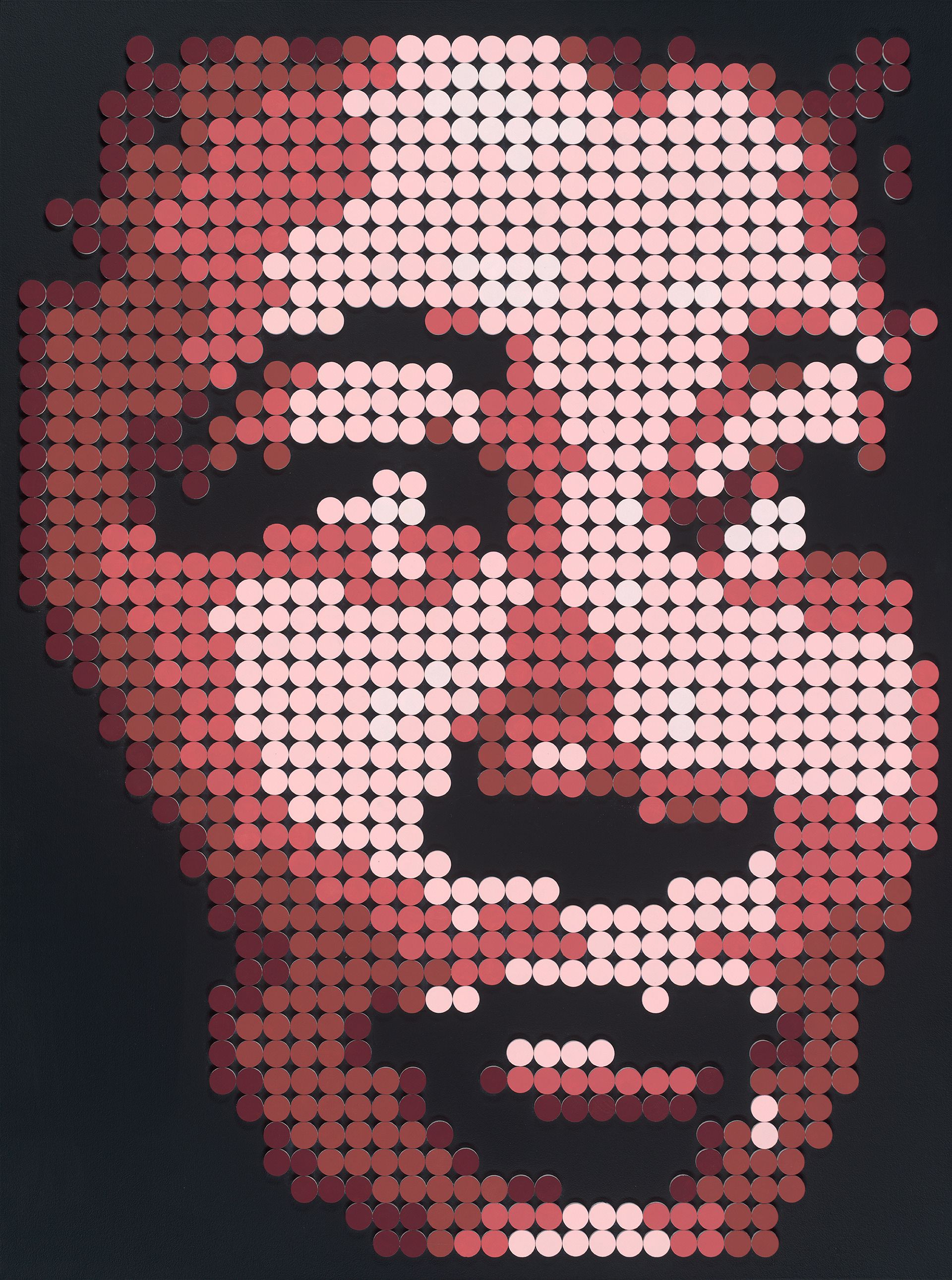 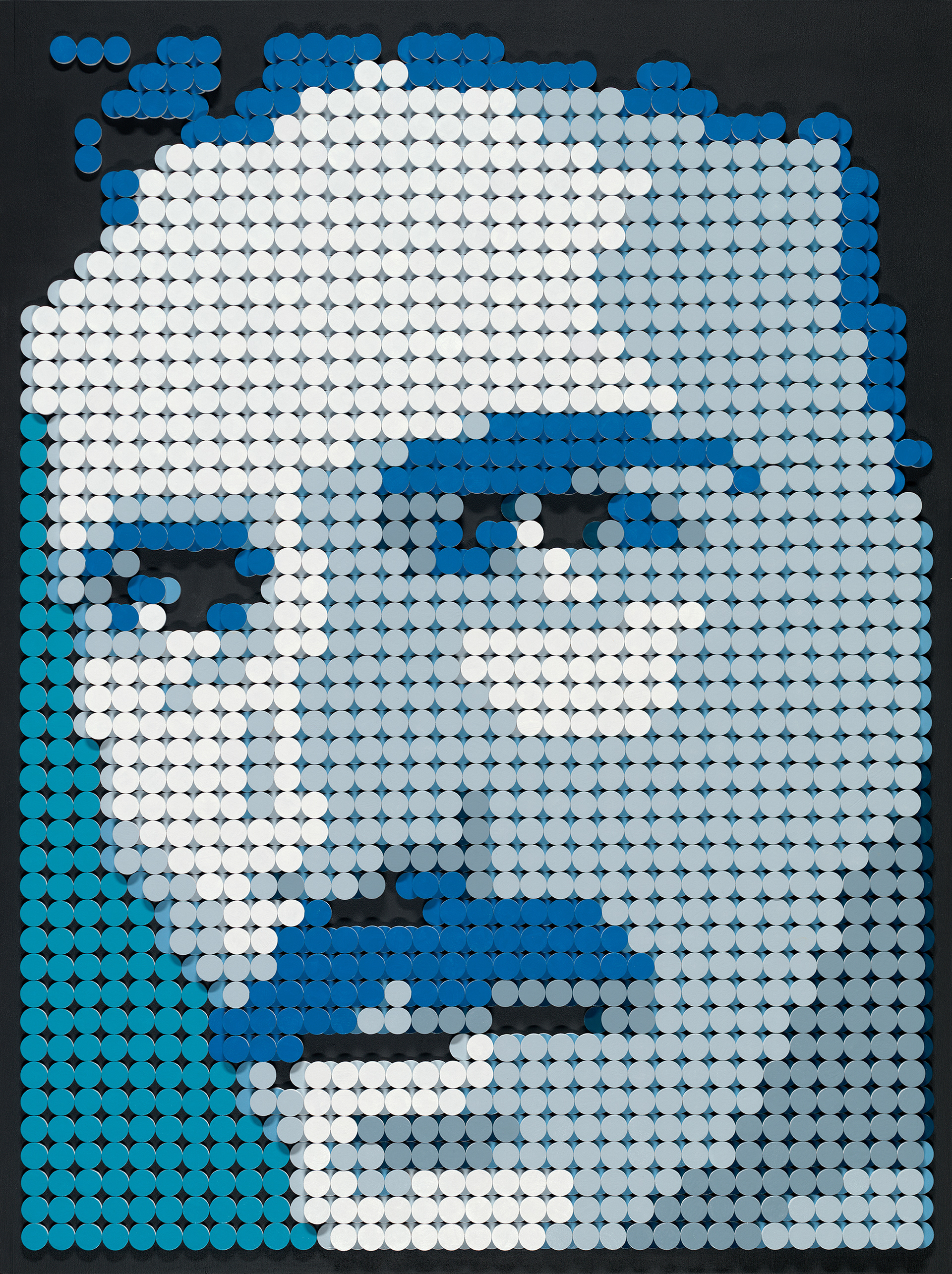 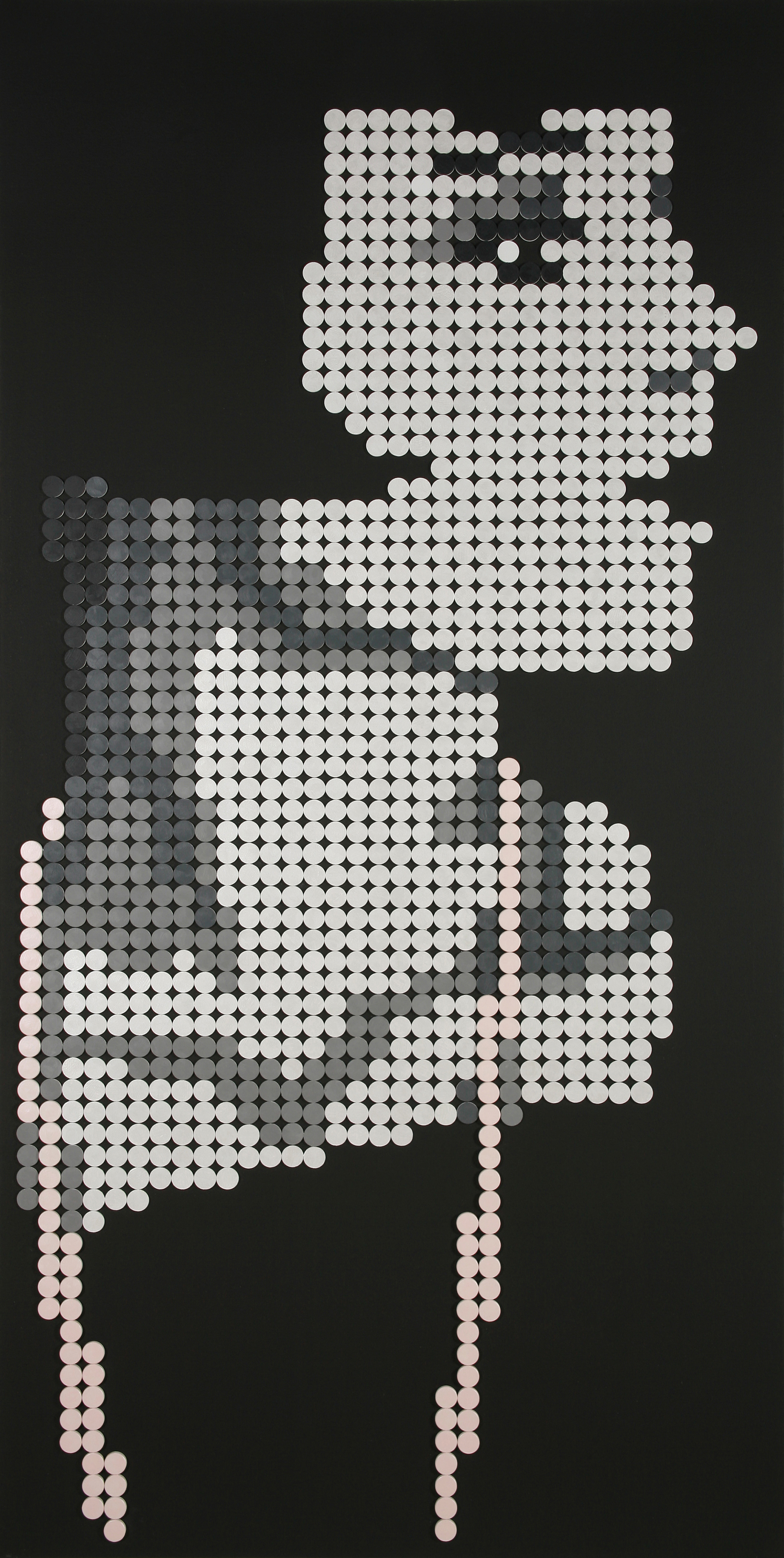 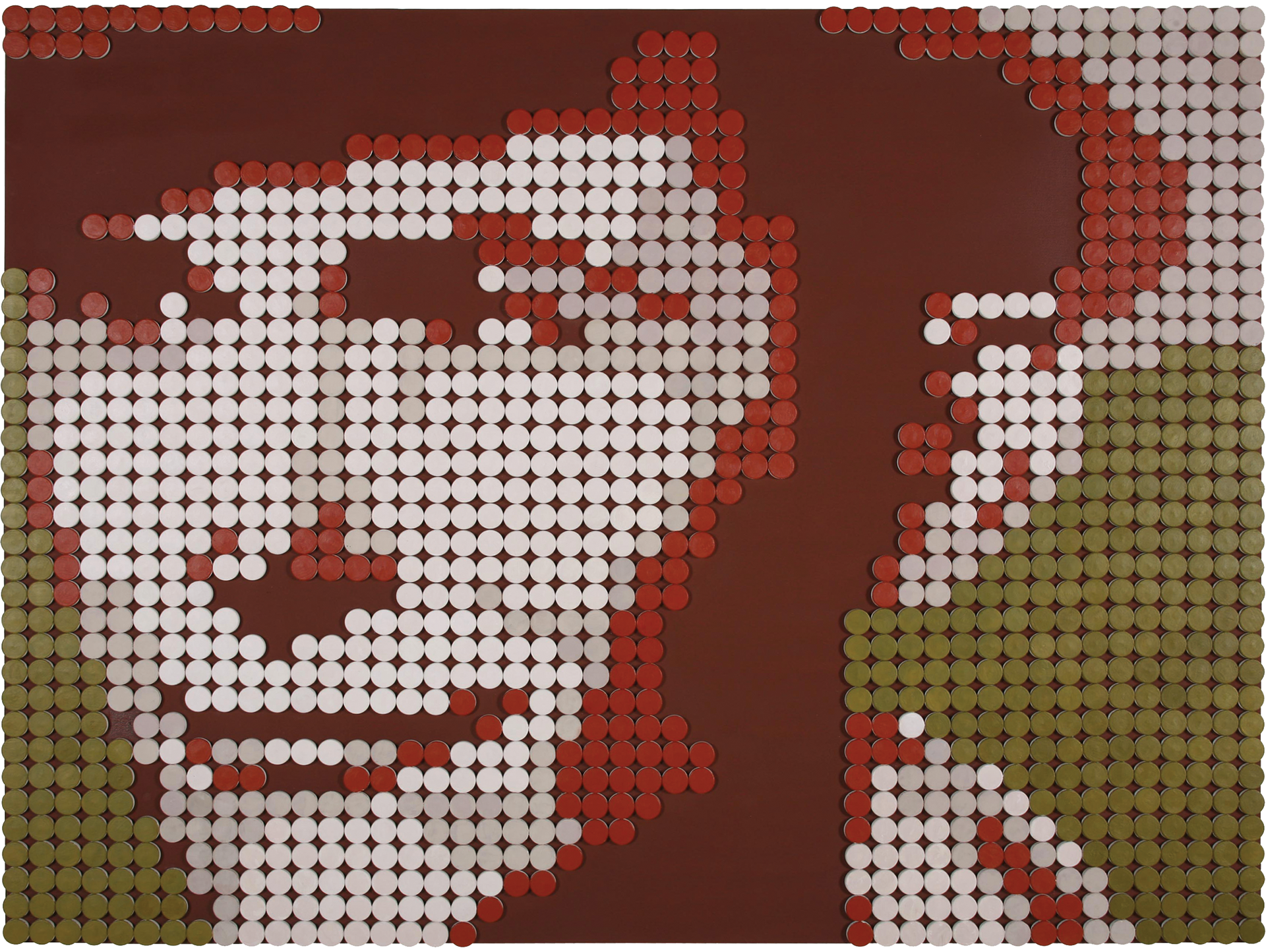 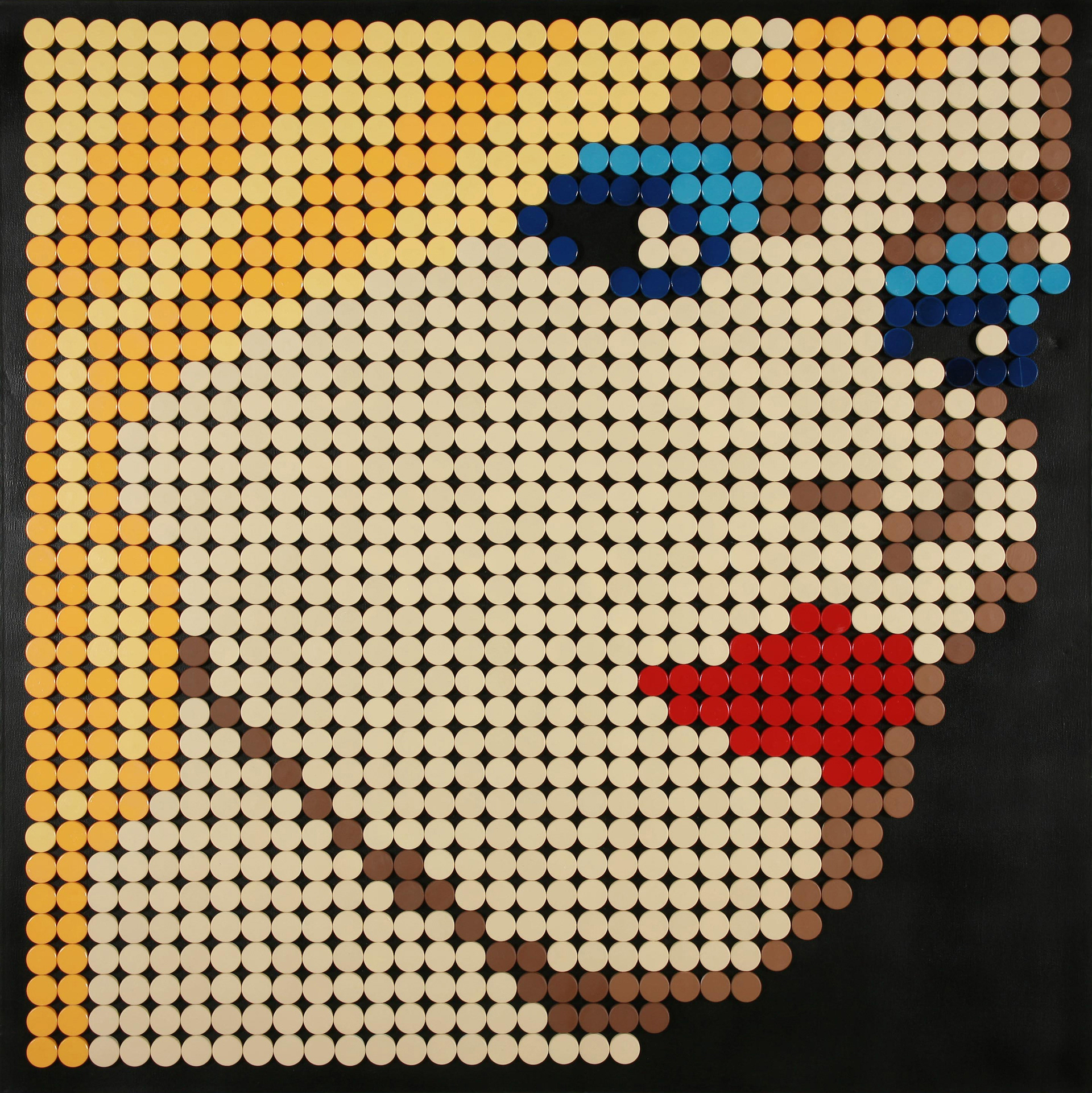 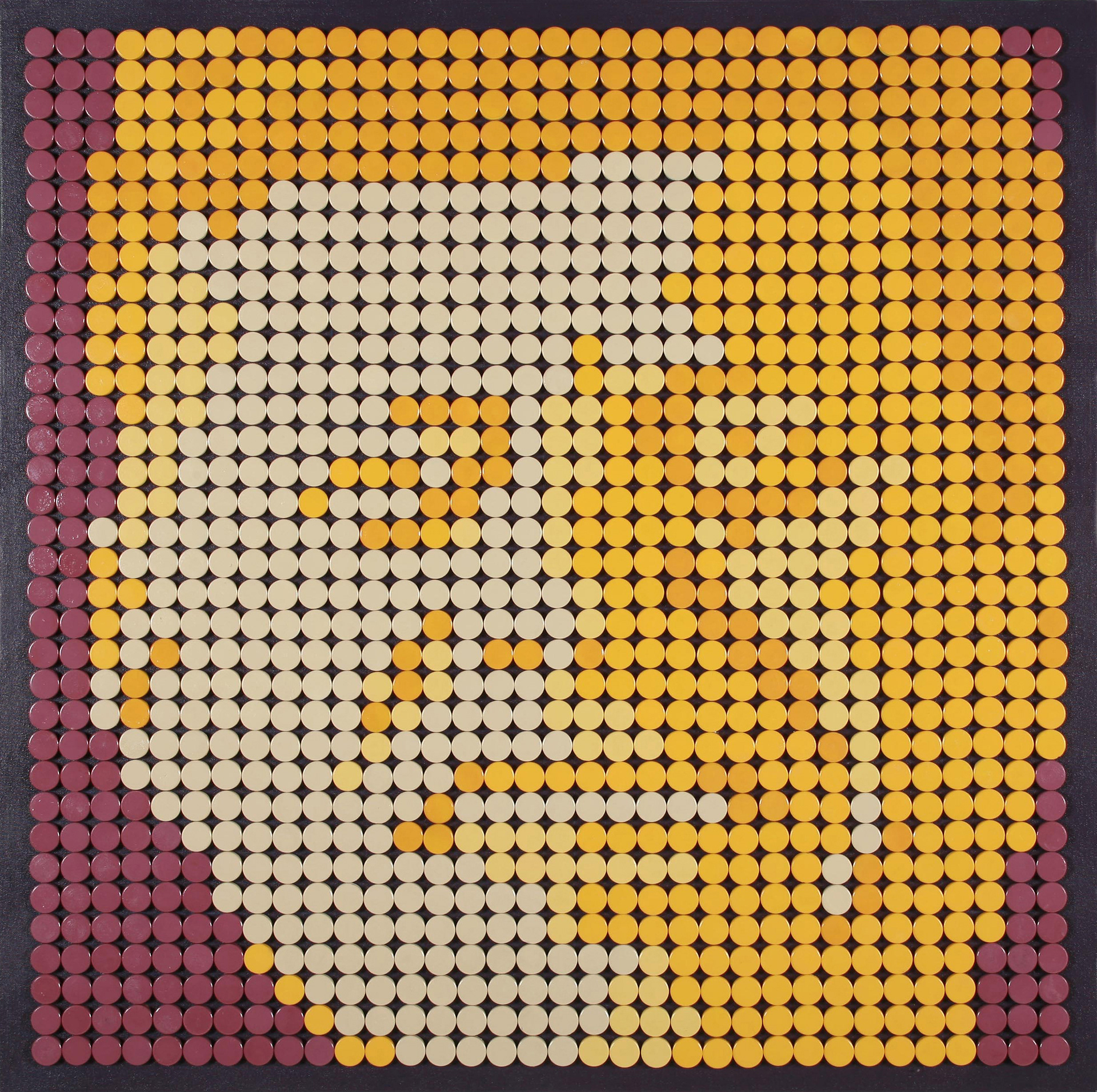 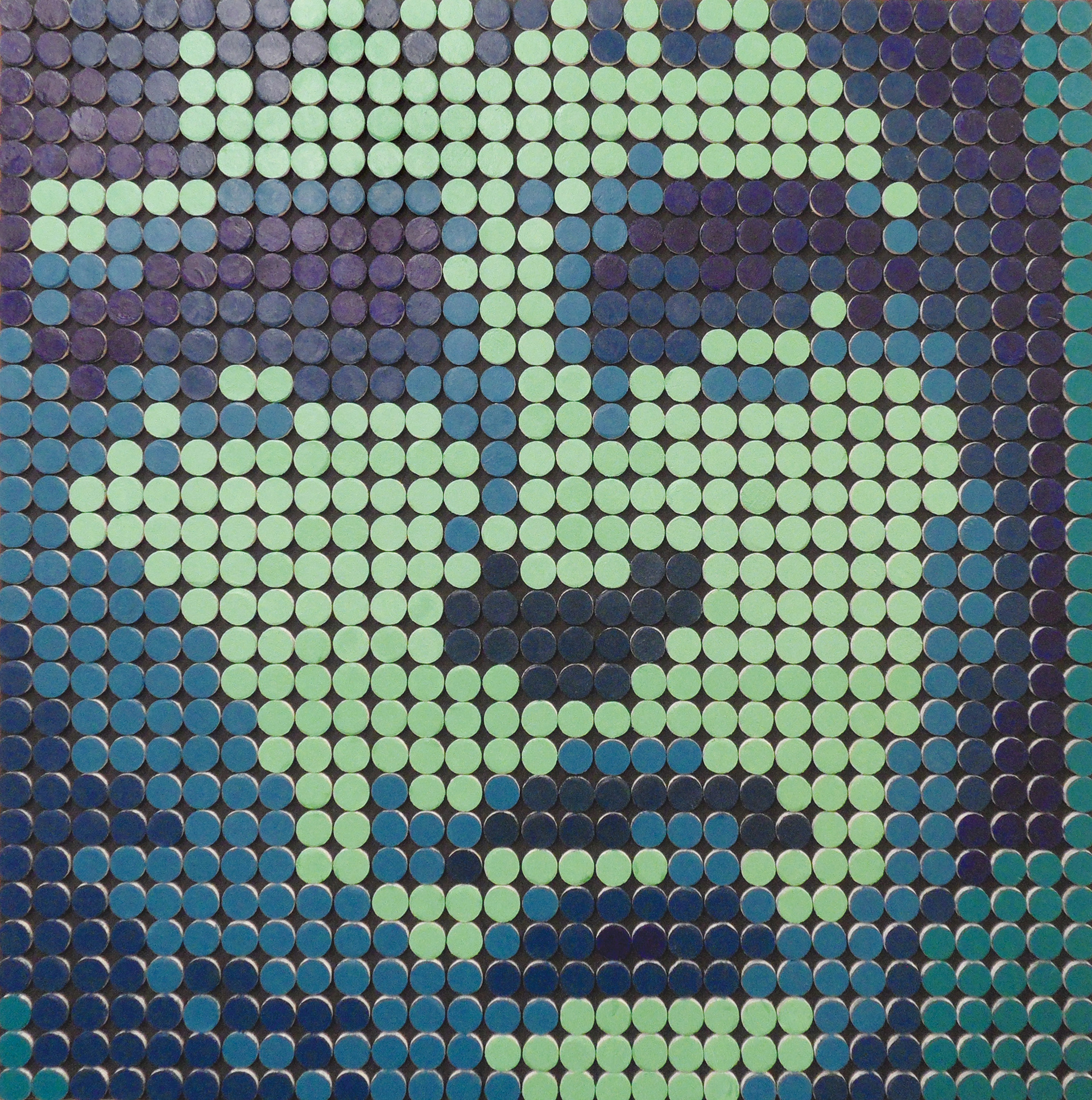 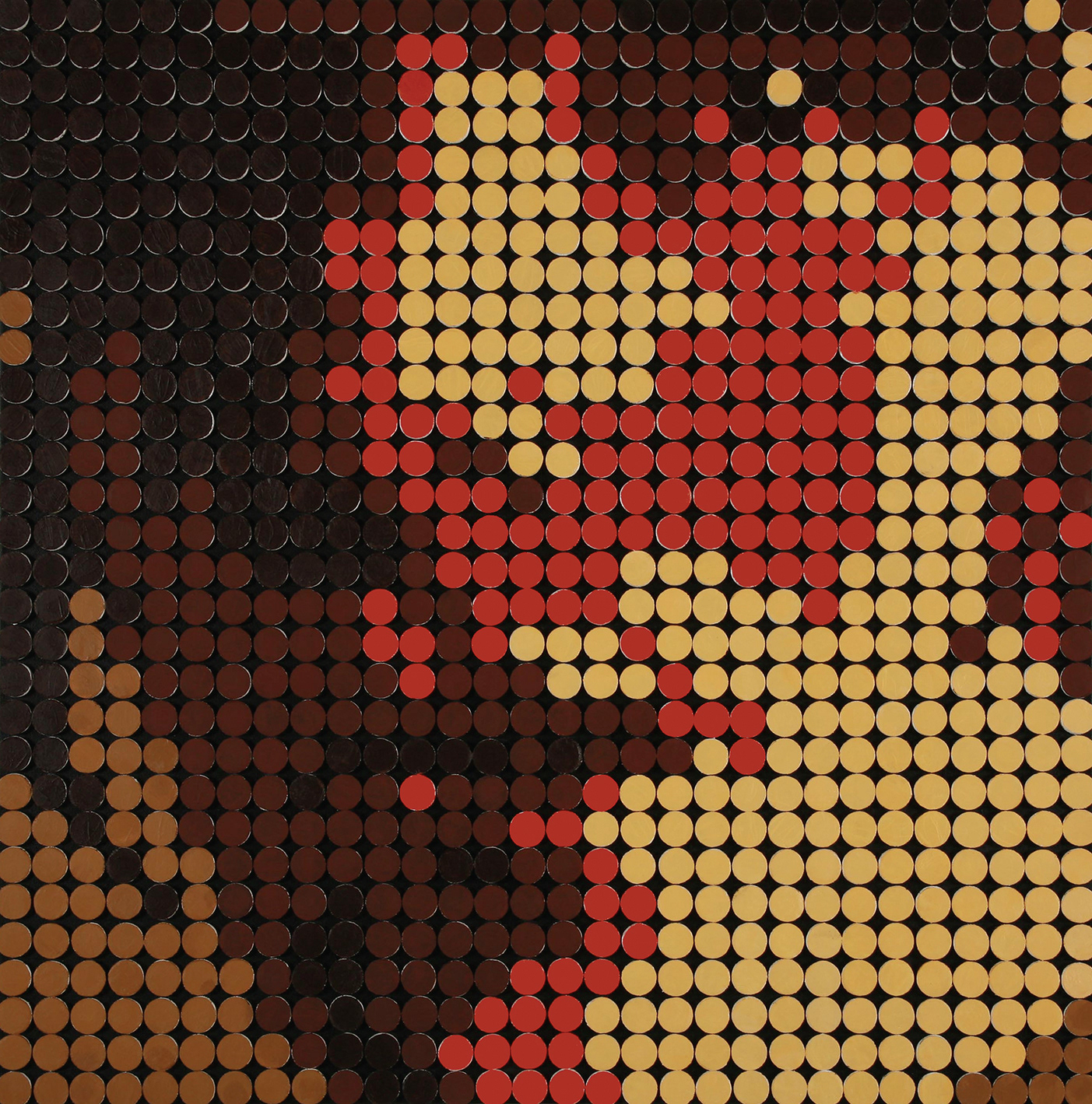